Site of Czechian software developer on the WORLD WIDE WEB 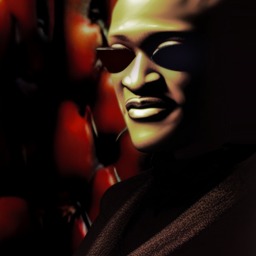 I am highly motivated software developer in field of computer science, which I take as one of my main hobbies, with team spirit and will to progress my knowledge and skills further.

My experiences originated around 2011 when I got into programming and started to develop CS skills personally which I still nowadays manage to utilize and develop. My biggest strength is Golang backend programming and secondly the C#.NET framework, where I built most of my private and public projects. My last project was a server-client payment system which is available on GitHub.

I pretty much love any kind of job centered around development, except front-end. However back-end, mid-level programming, reverse-engineering and algoritmization are the best fields that perfectly suit my taste :3

In my past years in high school and university, I managed to develop a lot of projects which you can see on this site. Among them is a radar echo extrapolation prediction, basically tried to outaim Cotrec :).. gtfo CHMU :P

Another one is my long term project, a distributed network which is secure and fun to use, AnoBIT. Based on unique architecture built on combination of Bitcoin and Nano (RaiBlocks). AnoBIT also utilizes power-efficient Delegated Proof-of-stake consensus algorithm and distribution through fun games, which is perfect for small groups in demand of distributed payment system.

My other hobbies range from computer gaming to metal detecting, aviation and riding on anything that has two wheels :P. My most favorite "game" is X-Plane 11 enjoying civil flight simulation.

Pssst.. what do you think about my 90's design? Let me know in the guest book hehe :P

CRYPTOCURRENCY INVESTOR AND ENTHUSIAST SINCE 2015

When I found Bitcoin, I was and wasn't late to the party. The price was stabilized around 300$ and I began to explore the nature of its origin, purpose and functionality. I began collecting small portions of coins from faucets and after a while got to know its technical background. My first programs and scripts mimicking its functions were the first steps towards my own cryptocurrency - AnoBIT (but more about it in the "Projects" page). The fascinating nature of Bitcoin and altcoins didn't leave me only at studying it, I started also investing. After Bitcoin XT drama, I started to look into altcoins. The one that caught my eye was NANO (at the time RaiBlocks) and it provided a solid vision on how a cryptocurrency allowing day-to-day transactions should look like.

If you want to get insight into AnoBIT or want to just get a small talk about cryptocurrencies, feel free to reach out to me.